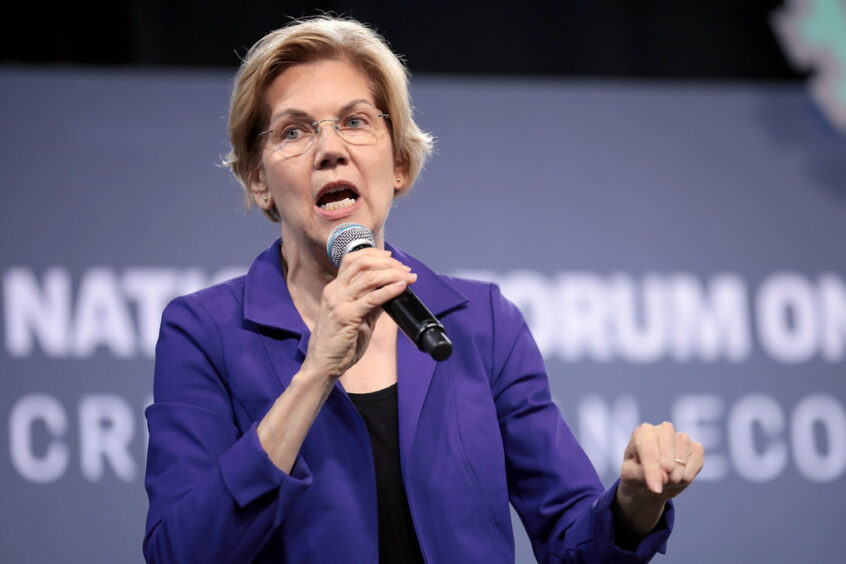 An Open Letter to Elizabeth Warren

At the Presidential Candidates Debate (on July 30, 2019), you looked shocked and incredulous when Governor Steve Bullock said he wasn’t willing to take America’s option to start a nuclear war “off the table.” But when he went on to describe “all those crazy folks” out there who might be prepared to use a nuclear weapon against us, you missed a crucial opportunity.

Yes, you have to be “crazy” to even contemplate using a nuclear weapon, and it was reassuring to see you react as a normal human being to the mere thought of such a heinous act. These are Weapons of Mass Destruction. They are not like other weapons, and it is wrong to imply there are any circumstances under which their use could ever be justified.

The smallest nuclear weapons in the US arsenal today are more than six times the size of the original atomic bombs that obliterated Hiroshima and Nagasaki nearly 75 years ago. Those two bombs caused widespread and indiscriminate destruction of entire cities, including hospitals, schools, places of worship, and all the other civic structures and cultural treasures that make up a city. They killed hundreds of thousands of innocent children, women and men and left hundreds of thousands more to die from cancers and other radiation-related diseases over the ensuing decades.

These are not weapons that can be effectively used against a military target. They are for the obliteration of whole cities and the incineration of civilians on a scale Hitler could only dream of. The consequences of using such weapons would be catastrophic for the United States as well as for any country they were dropped on, since radiation knows no boundaries, and these weapons now have the capacity to disrupt the global climate sufficiently to starve billions of people. What possible benefit to the United States could ever come from using such weapons?

Your response to Governor Bullock could have been, “What about the crazy person we have in the Oval Office right now? It’s time to get rid of nuclear weapons before weend up using them, whether on purpose or by mistake.” You could also have said, “Are you seriously suggesting that there could be any circumstance under which you, as President, would be prepared to unleash hell on earth and risk the death of millions of Americans as well as potentially billions of other human beings, as a price worth paying to keep America ‘strong’?”

Instead, you responded by saying that you would be prepared to use nuclear weapons “if someone else does, but not first…”

Can you please explain to the American people the difference between using nuclear weapons “first” and using them “second?” What exactly is the distinction, morally, ethically, politically, militarily, legally? By saying you would use nuclear weapons only in response to someone else’s use of nuclear weapons, are you are suggesting these weapons are purely for retribution and revenge? Are you saying that it’s okay to kill millions of innocent civilians in another country so long as their government has already killed millions of innocent civilians in this country?

Dear Elizabeth, you talk about the importance of big ideas and having the courage to stand up to the giant corporations who have our government by the throat. You talk about telling the truth to the American people and about standing by our values and our convictions.

Please tell the American people the truth about nuclear weapons! These weapons are too destructive and dangerous to be used first, second, or ever. They do not keep us safe – on the contrary, they make us all very much less safe. It is only because we have nuclear weapons that other countries like North Korea insist on having their own. And unless we move swiftly to get rid of these weapons altogether, many more countries are likely to go down that same road.

You spoke about having a nuclear policy “that is one the entire world can live with.” But there is only one policy that meets that requirement, and that is the total elimination of nuclear weapons in line with the Treaty on the Prohibition of Nuclear Weapons, adopted in 2017 by 122 countries and soon to enter into force as international law.

It’s time to have the courage to stand up to the giant defense contractors and say, “Enough! The age of nuclear weapons, like the age of fossil fuels, is over. We need to move swiftly to a world free of all nuclear weapons and we need to re-invest all the financial and human resources currently being squandered on these weapons into green technologies that will address the climate crisis and meet the real needs of this country and the world.”

This letter was sent to Elizabeth Warren on July 31, 2018. It was published as a Guest Column in the Daily Hampshire Gazette on August 5th, 2018. As of February 25th, 2020, Elizabeth Warren has still not replied…