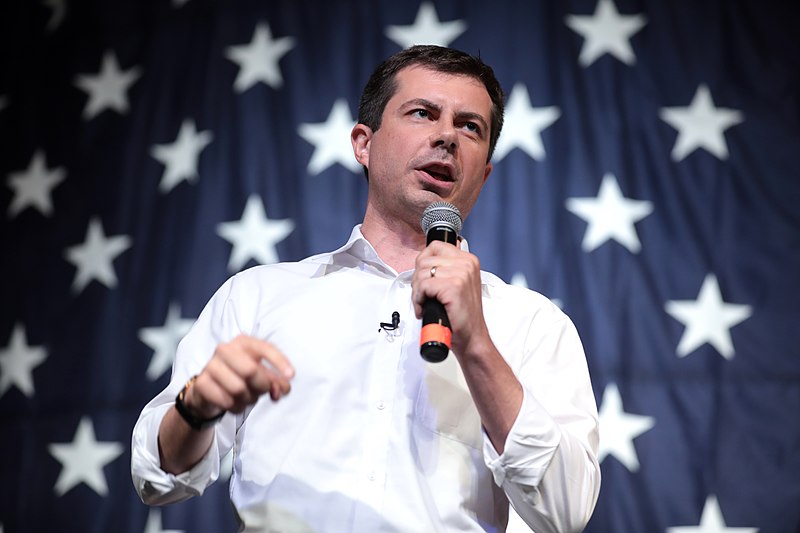 Presidential candidate Pete Buttigieg has proposed, in place of Bernie’s Medicare for All, what he calls, “Medicare for All Who Want It.” He wants to take it slow and steady on healthcare and not ruffle too many feathers. That seems to be his approach on climate as well. In place of Bernie’s Green New Deal, Pete has proposed what he calls an “achievable” Green New Deal.[1] But in what sense is Pete’s plan “achievable?” And most importantly, will it adequately address the climate crisis we are facing?

Pete Buttigieg is on board with the idea of the climate crisis being an “emergency” requiring “immediate” and “aggressive” action. “Climate catastrophe is on the horizon, and history will judge us for how we rose to meet this challenge in our time,” says Pete. “We must channel all of our energies into a national project…around this urgent threat. When I am President, we will.”[2]

Pete Buttigieg has focused his attention on the International Panel on Climate Change goal of achieving global net-zero carbon emissions by 2050.[3] But nowhere does he mention the more immediate, and far more challenging, IPCC goal of achieving a 45% reduction in global emissions by 2030.[4] This is not a minor omission. The single most important message coming out of the November 2018 IPCC special report on climate was that the world is on course for a climate catastrophe unless we take immediate and aggressive action now to drastically cut emissions within the next 10 years. And yet, Pete misses the point entirely by saying that the “experts tell us that we have 10 years to get on the right path…”[5]

Failure to understand what the scientists are actually telling us in terms of the urgent need to reduce emissions over the next 10 years leads Pete to come up with targets that are simply inadequate for meeting the reductions we need to make just in the United States by 2030.

As of 2017, electricity generation accounted for nearly 1,800 million tons of carbon emissions per year in the United States. Unless we get that figure down to zero by 2030, there is almost no chance of achieving the overall US target of a 45% reduction by that date. Why? Because reducing emissions in every other sector of the economy is going to be that much more difficult to achieve. We already know what has to be done to cut emissions in the electricity sector to zero and we know how to do it.

Delaying the target date for achieving zero emissions in the electricity sector is not just a matter of delay. It means missing the IPCC target by a considerable amount and moving us that much closer to climate catastrophe. Zero emission electricity by 2035 instead of 2030, as Pete proposes, means, in very concrete terms, that the US will still be spewing out as much as 600 million tons more CO2 in 2030 than we should be by that date.

Once again, a five-year lag for bringing down emissions in the transportation sector equates to an additional 400 million tons of CO2 being emitted in 2030, making it increasingly impossible to bring down total emissions from 6,500 million tons to 3,800 million tons by that year.

Pete goes on to set targets for achieving net-zero emissions in industry and agriculture by 2050, but glaringly omits any mention of the third most important sector to address by 2030: the emissions from heating of commercial and residential buildings, which together accounts for another 750 million tons of carbon emissions. Again, this will be a difficult area to address, and virtually impossible to achieve significant reductions by 2030. However, without immediate attention to this sector, we will never achieve the necessary reductions by 2050, since new buildings being built right now will still be around long after 2050.

We are long past the moment when “energy conservation measures” and better insulation of buildings is going to make any impact whatsoever on the impending climate catastrophe. All new buildings must be designed to be heated without fossil fuels, and that needs to happen as soon as possible – by 2025 at the latest. And for the next 25 years, a huge national effort will need to go into the refurbishing and retrofitting of alternative heating systems for every single building in the United States. That is one of the biggest projects required to address the climate crisis, and there is no mention of it in Pete Buttigieg’s proposal.

The other massive project that is required to meet the net-zero emissions target, also not mentioned in Pete’s plan, is the planting of billions of trees all across this country. Since there are no emission figures attached to Pete’s plan, it is impossible to see to what extent it is expected to actually meet the net-zero emissions target by 2050. But even the most optimistic plans for carbon reductions do not foresee the complete elimination of carbon emissions by 2050. That is why it is called “net-zero:” the total amount of carbon emissions must equal the total amount of carbon “sequestration” by 2050.

Pete Buttigieg, like many others looking for a technological “fix” that won’t require us to actually stop burning fossil fuels, focuses on what’s known as “carbon capture and storage” or CCS as the solution to carbon sequestration. Pete’s plan calls for 1,000 million tons of CO2 removal capacity by 2040, although it is not clear who will pay for this or where it will come from.[6]

The truth is that CCS is, as yet, an undeveloped technology that has so far succeeded more at emitting carbon than sequestering it.[7] By far the most successful method for sequestering carbon is through planting trees, restoring wetlands and otherwise capturing the carbon through soils and other natural processes. Without a major effort in this direction, it is unlikely we can meet the net-zero target by 2050.

Pete proposes a new US Climate Corps, providing opportunities for up to 1 million high school graduates to provide service to their communities. But the focus of the Climate Corps will be on “resilience” and there is no mention of them planting trees or any of the other essential tasks that are needed to avert a climate disaster.[8]

Calling for an end to the fossil fuel age

The number one requirement for addressing the climate crisis is to have a President who declares the age of fossil fuels to be over, and to mean it. Pete Buttigieg never says that. Instead, he talks about the need to “repair and replace aging natural gas pipelines,” working to get “the carbon intensity of fuels like gasoline, jet fuel and others reduced over time,” about biofuels being “part of the transportation future for decades to come,” and a CarbonStar program to help consumers choose “products that have a lower carbon footprint.”[9] In all these ways, Pete Buttigieg actually undermines his own sense of urgency and concern about the situation we face with climate.

If the climate crisis really is an “emergency” as Pete says it is, do we not have the right to expect clear, decisive action to address it on the scale and urgency it requires? Should we not also expect plans to have been thoroughly thought-through, costed and timetabled in order to qualify as an “emergency response?” Instead, what we get from his climate proposal is 18 pages of tentative, aspirational efforts that he “intends” to accomplish: “We will work to eliminate tax subsidies for the fossil fuel industries…” (pg.5.) We “will work with Congress to pass an economy-wide price on carbon…” (pg. 3). “We will work to increase and enhance the EV tax credit…” “We will work with farmers on policies and incentives that reward best practices…”We will propose clean industrial technology standards…”

Come on, Pete, you can do better than that!

[9] Ibid, p.6-8. He also talks about “non-combat vehicles” being zero-emission, implying that the US military will be considered exempt from these requirements for their “combat vehicles.” (pg 16.)