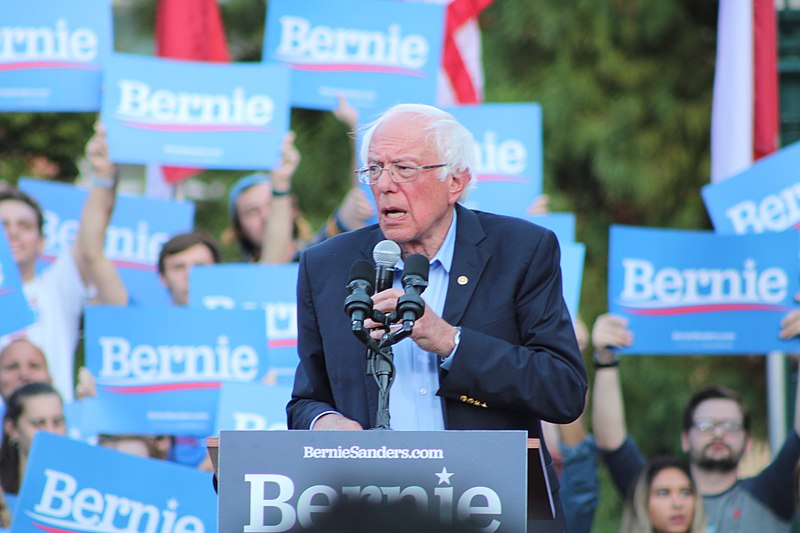 Bernie, when asked in Wolfboro, New Hampshire, what he thought about the US having a “no first use” policy with regard to nuclear weapons, responded in his usual matter-of-fact way:

“I don’t believe that the United States should start a nuclear war. Period. End of discussion,” he said.

Elizabeth Warren, Joe Biden, Tom Steyer and Andrew Yang also support a “no first use” policy. But Bernie’s position on nuclear weapons goes much further. What he told the Council for a Livable World is:

“As president I would pledge never to start a nuclear war and work to get the other nuclear-armed countries to make similar declarations. But that is just a first step. We need to bring the United States and the rest of the world together to do everything we can to rid this world of nuclear weapons.”

In his proposal for a Green New Deal, Bernie goes even further, pledging to “bring together the leaders of the major industrialized nations with the goal of using the trillions of dollars our nations spend on misguided wars and weapons of mass destruction to instead work together internationally to combat our climate crisis and take on the fossil fuel industry.”

Bernie has backed away somewhat from his statements about “weapons of mass destruction” and referred more generally to “weapons of destruction.” But there can be no mistaking what a “weapon of mass destruction” (or WMD) is. There are three types of WMD – chemical, biological and nuclear. Chemical and biological weapons have been banned by international treaty for some time, and the US has already eliminated its stockpiles of these weapons. That leaves nuclear weapons, banned by the 2017 UN Treaty on the Prohibition of Nuclear Weapons, but not yet eliminated.

Signing the Treaty on the Prohibition of Nuclear Weapons will be the unmistakable signal that the United States is finally ready to eliminate this existential threat to the whole world. In the meantime, Bernie has made a very powerful case for their elimination, by refusing to be drawn into the assumption that to remain secure, we must be ready to actually use these weapons against another country.

In a 2019 interview with Adam Sexton on WMUR News in Manchester, NH, Bernie was asked:

“The question is not whether I am capable of blowing up the entire world, what kind of question is that?… The real question is: How the hell do we get rid of these nuclear weapons that are threatening the entire planet? And I would be aggressive in doing that.”