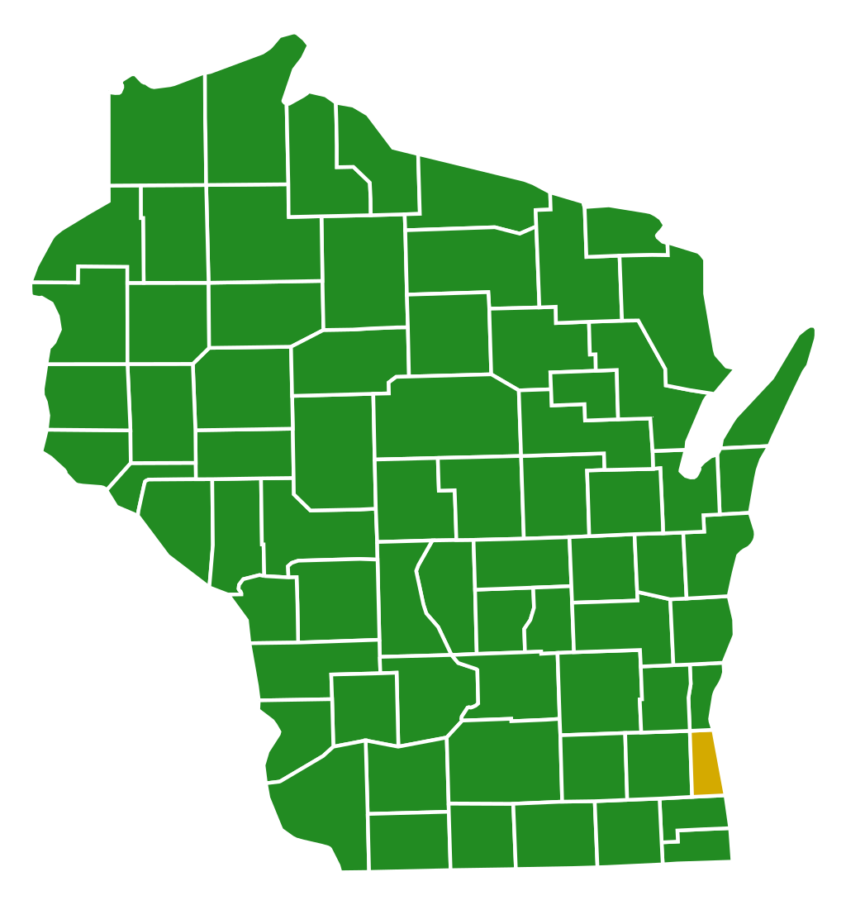 and we’re counting on you to save the world…

Bernie Sanders won Wisconsin by a large margin in 2016, setting the scene for further wins in other states that almost brought him the nomination. In the end, Democrats – and the Democratic Party establishment – opted for a more “moderate” candidate with closer ties to the billionaire party donors and their vested interests in keeping things “as they are.”

We all know how that turned out in 2016. Are we going to repeat the same mistake in 2020? This country does not need to “go back” to the way things were four years ago. There are too many urgent priorities that need addressing, too many things that need changing, too many people that are hurting. We need to move this country forward, not backward!

“Uncle Joe” Biden may seem likeable enough, and would certainly be better than four more years of Trump, but is he really the one to move this country forward? The Democratic Party establishment and the mainstream media would like us to think the primary race is already over, and that Biden has already won. They would like us to think that Biden is the only one who can beat Trump and that’s all that matters.

First of all, it’s not over, not by a long shot. Only just over half the country has had a chance to vote in this contest so far. Biden is leading Sanders by around 300 delegates out of nearly 4,000 delegates in total. Over 1,600 delegates are still to be chosen, and Bernie has every chance of re-taking the lead and going into the Democratic convention with more delegates than Biden, if not with an outright majority of 1,991 delegates needed to win the nomination on the first ballot.

After Wisconsin’s primary on April 7th and some other smaller primaries that may or may not still go ahead, there is the second biggest cache of delegates in the country up for grabs in New York state on April 28th. And after that, there are a huge number of states now voting on the “new” Super Tuesday, June 2nd. All of those primaries will be affected by whatever may happen between now and then, just as the recent primaries were affected by Biden’s win in North Carolina and the sudden dropping out of all the other candidates.

And what is the number one reason why people are supposedly voting for Biden? Because they have been convinced (by the Democratic Party establishment and the mainstream media) that he is the only one who can beat Trump in November. This builds on the long-standing belief among many Democrats – disproven as recently as 2016 – that only a “moderate” Democrat can beat a Republican. It also builds on the assumption that Sanders is too “radical” to win and no American electorate will ever vote in a “socialist” as President.

This, too, is bullshit!

In 2016, poll after poll showed Sanders more likely than Hillary Clinton to beat Trump in a general election. And in 2020, every single poll that has asked people who they would vote for, if the election were between Sanders and Trump, has shown Sanders beating Trump in the general election. As recently as last week, a nationwide poll showed Sanders beating Trump by exactly the same percentage points as Biden. So while Biden is also beating Trump in the polls, there is no indication that Biden is more likely than Sanders to be able to beat Trump.

The real truth of the matter is that Biden represents everything that Trump supporters most hate about Washington, DC. He represents all those politicians who make great promises but don’t deliver. He represents the East Coast establishment who for decades has ignored and abandoned millions of Americans in the rest of the country. He represents the big banks and vested interests who push through legislation in Washington to protect their own interests, while ordinary Americans see their lives just getting more and more difficult.

So, people of Wisconsin, we need you to do the right thing and vote big for Bernie. We need you to show the Democratic Party establishment and the mainstream media that this race is not over, and that ordinary Americans want real change and not just a return to the “good old days” before Trump. We need you to stand up for trade unions and worker rights, for students lumbered with debt, for Medicare for All, for a Green New Deal, for a fairer tax system and clean elections…

And if you really care about these issues, please help us get the word out to the people of Wisconsin over the next 10 days. Help us convince more young people to vote. Talk to your family, friends, neighbors and colleagues. There is still so much we can do, even under lock-down in a pandemic. Join Vote to Survive!