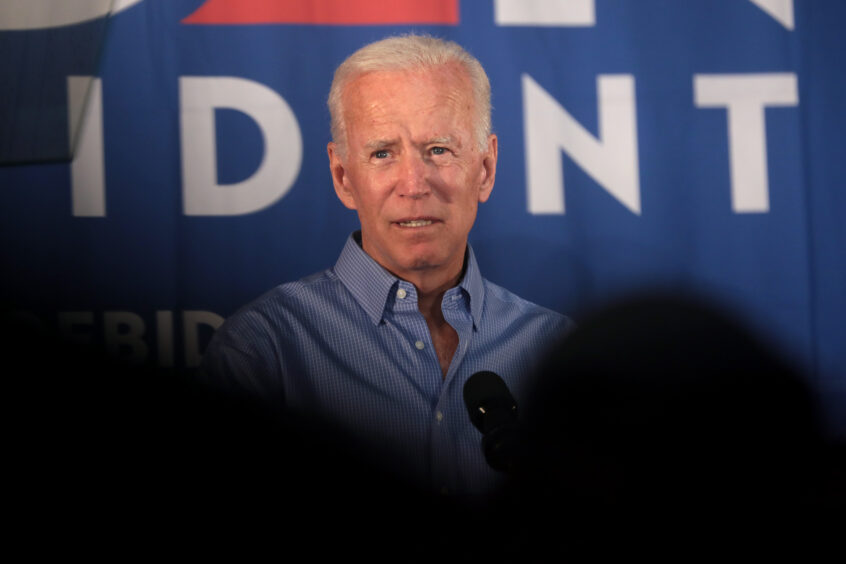 You might be the Democratic candidate for President in November. You might even be the next President of the United States. But your policies fall far short of what we, as a country, need right now. And we know you can do better than that, Joe.

You have called healthcare a “human right” and said that every American should have access to affordable, quality healthcare. And yet, you have consistently opposed “single payer” healthcare, saying you don’t want to see millions of Americans lose the health insurance they already have through their employers. In relation to the current pandemic, you recently told MSNBC News, “single payer will not solve that at all.”

You can do better than that, Joe. According to The Federal Reserve Board, up to 47 million Americans are currently at risk of losing their jobs – and therefore their health insurance – as a result of this pandemic. Doesn’t that rather change the picture when it comes to providing healthcare as a human right? Will you now support Medicare for All as the only viable way to ensure all Americans have access to the healthcare they need?

You have declared climate change to be an “emergency,” requiring “bold” and “drastic” action on a global scale. Your Green Energy Revolution calls for achieving net-zero carbon emissions by 2050, as recommended by the most recent IPCC report. Planning to achieve ambitious goals 30 years from now is good, but it’s not enough.

You can do better than that, Joe. According to the same IPCC report, we need a 45% reduction in carbon emissions by 2030 to prevent a climate catastrophe. Bold and decisive action is needed now to rapidly end our reliance on fossil fuels and transition to a green economy. Will you now support the Green New Deal as the only viable way to achieve the immediate reductions we mustachieve in the next 10 years, to ensure we have a habitable planet for our children and grandchildren?

You have said you will take “aggressive action” to redress inequities in housing, health care, education, the economy, our criminal justice system, and elsewhere. You have talked about confronting systemic racism and making sure everyone has a chance to succeed, regardless of race, gender, sexual orientation, disability or religion. And you have proposed rolling back some parts of the Trump tax cuts to reinstate income tax levels on the highest earners.

But you can do better than that, Joe. According to the Pew Research Center, the wealth gap between America’s richest and poorest families more than doubled from 1989 to 2016, with the wealth of the top 0.1% now equal to combined wealth of 90% of all the rest of us. Will you now support a Wealth Tax, along with other tax reforms, to begin levelling the playing field and bring millions of Americans out of poverty and raise standards of living for everyone?

You can do better than that, Joe. You were still in the White House when the rest of the world was negotiating the 2017 U.N. Treaty on the Prohibition of Nuclear Weapons. This Treaty has now been signed by 81 Presidents and Prime Ministers around the world. It has been legally ratified by 36 congresses and parliaments, and will soon enter into force as international law. Will you now support this Nuclear Ban Treaty as our only hope for achieving President Obama’s dream of a world without nuclear weapons?

We know you are a decent guy, Joe. You played second fiddle to the first Black President in American history, and you did it with pride. We can all respect that. You can also claim some important achievements during that time, not least being the affordable healthcare you gave to millions of Americans, whether or not they had “pre-existing conditions.”

But we need more than that now, Joe. It’s not enough to go back to the “good old days” before Trump. At some level, those days are what gave us Trump. We cannot go back to that. Will you now commit to an agenda that is about moving forward, that is about addressing the most urgent crises we are facing today? Because nothing short of that will do, Joe.